How it all started...

The original congregation had it's humble beginning in 1977 at the home of Bro. and Sister Nicholson, 7114 Esther Street, along with six other faithful Christians. Bro. and Sister Nicholson begin having Bible study in their home and eventually decided there was a need for a congregation in this community. It was through the love for the Lord's work and the vision of Bro. and Sister Nicholson that the first congregation was established in the Sweetwater community. After worshipping in their home over a period of time, Bro. and Sister Nicholson made a great personal sacrifice to erect the existing edifice by taking out a mortgage on their home. The first sermon was preached by Bro. Richard Coffey Sr. Each member had to bring their own chair, but that did not discourage them. They continued working with young children, teaching God's word and trusting him to lead them. The children would have Bible study in the back of the sanctuary while the adults had class in the front. During the spring and summer months, classes were sometimes held outdoors.From the beginning strong emphasis was placed upon faith and trust in God, teaching the Word, and training young children. In 1978, the first minister, Bro. Don Dickerson was hired. Other ministers that served at Sweetwater were Bro. Bobby Gibson (1979), Bro. Zebedee Moore (1980), Bro. Harold Rollinson (1986) and Bro. Robert Birt (1988). Through the vision of the early pioneers and the preaching of the gospel, the church membership increased. "The Lord added to the church daily such as should be saved". This augment in membership and the desire to meet spiritual needs fostered many new ministries and activities to enhance spiritual growth. Annual activities such as Personal Evangelist Workshops, Teachers Banquets, Youth Bible Camp, Family Day, Ladies Day, Men's Retreat, Minister Appreciation and many, many more were added to the church curriculum. Sunday after Sunday, it became apparent that we would need other facilities to adequately serve the growing needs of the congregation. Therefore, a modular building was purchased and attached to the existing edifice and was utilized for Sunday School classrooms for the youth as well as the administrative offices.As we continue to grow, as in the past, we know we can't make it by ourselves. God has poured out his richness blessing upon us and got us this far and by faith we believe He will continue. Our goal is to erect a new edifice in the very near future and to continue fostering new ministries that will help bring souls to Christ. The Sweetwater congregation knows "We will move up higher, We've set our sight above the clouds, where God doeth dwell and his Glory doeth prevail"."Being confident of this very thing, that He which hath begun a good work in you will perform it until the day of Jesus Christ" Phil. 1:6 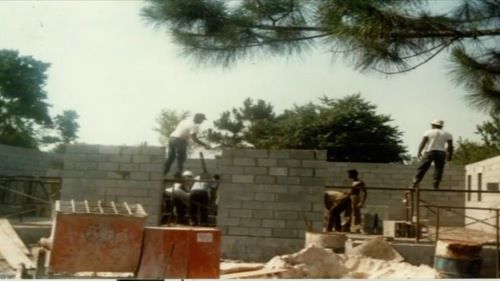 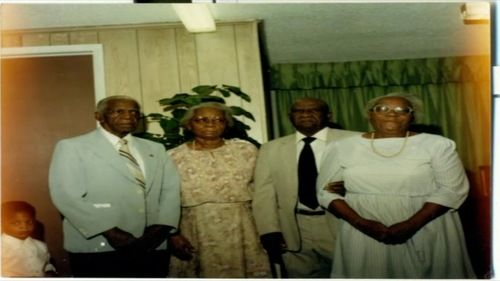 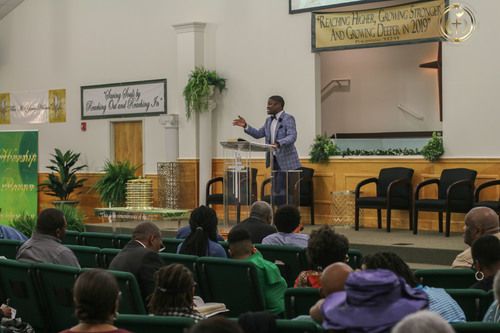 Operation Wilson Blvd came about through creative planning, the leading of the Holy Spirit and the foresight of a strong leader. A mission that seemed impossible to man, and us at times, was made possible by God. The church chose approximately 4 acres of land made up of several vacant and wooded lots and developed it to sustain a 8600-square-foot edifice that will seat 500, a fellowship/banquet hall, church offices, adequate classrooms as well as space for expansion and future growth. Truly the impact of this building program spans farther than the spiritual nurturing of this community. This new edifice will position Sweetwater for greater evangelism efforts and outreach ministries that will forever change this area.

Join us every Sunday as we gather to worship together at 10 am.